Nothing’s impossible. (this version by Kato Kino feat. Ayria is my favorite). 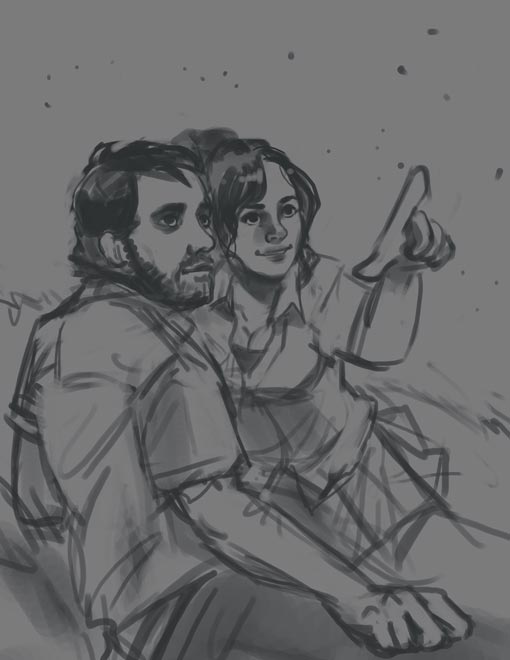 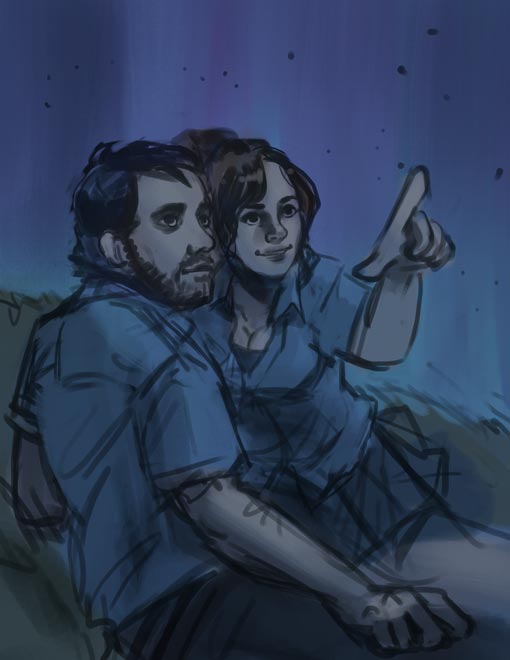 Merge sketch into colors and paint on top of sketch on a single layer: 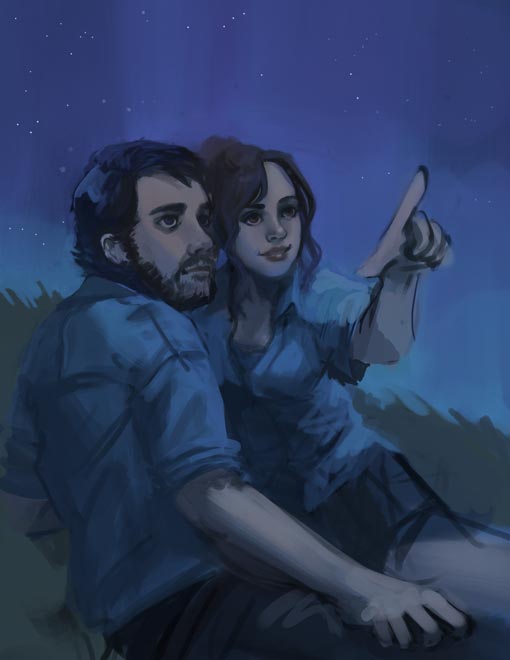 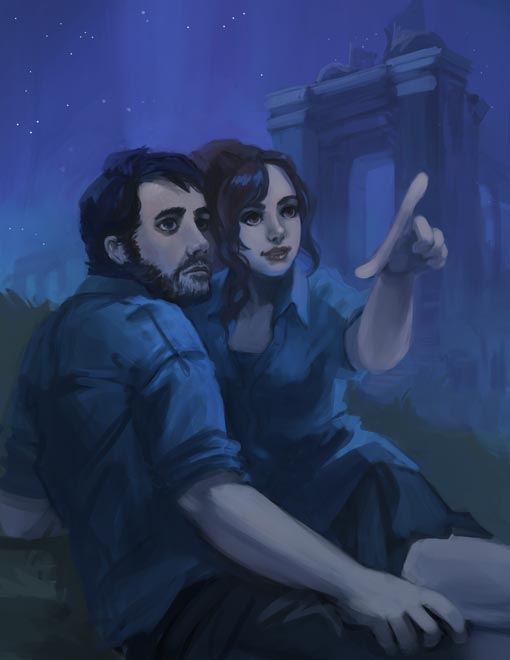 Change his shirt to brown so they don’t look like they’re dressed in the same outfit lol: 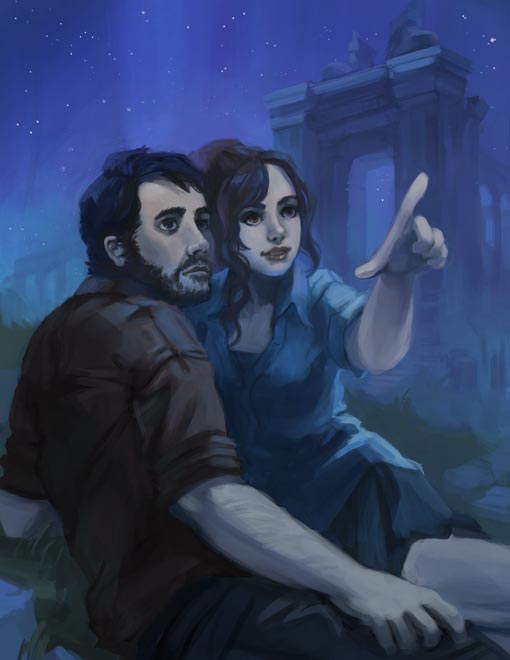 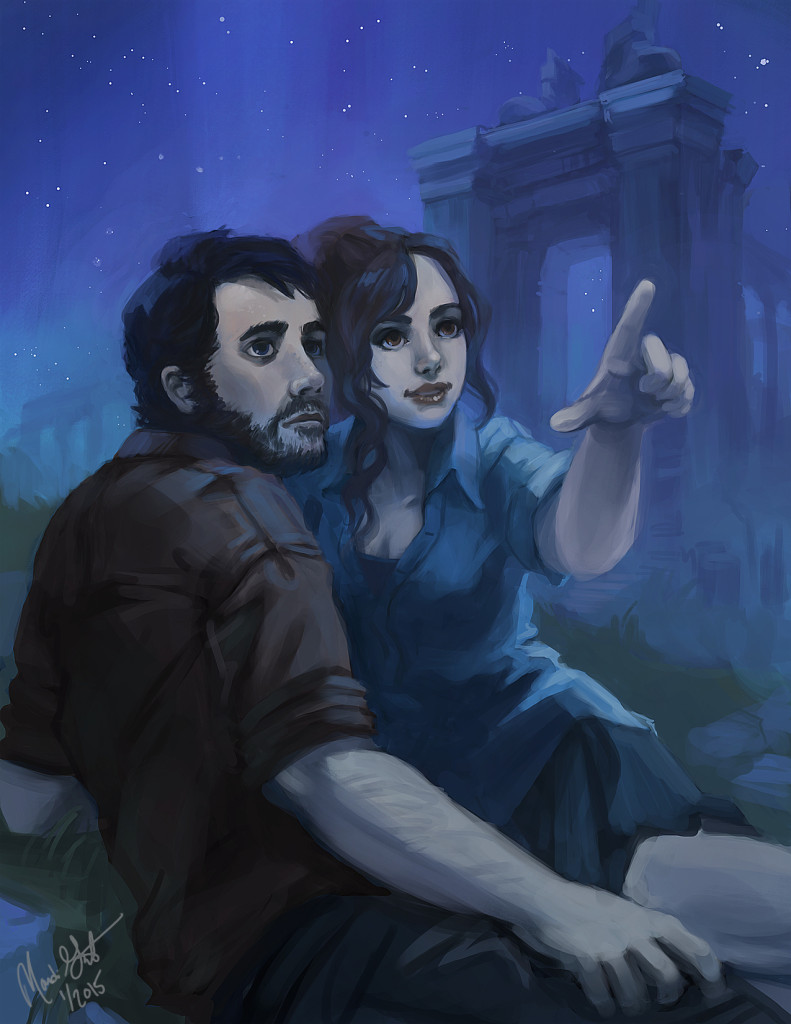 Airika: And what’s that group of stars called?
Vince: Uh… the Cleave.
Airika: Are you making that up?
Vince: No, I would never do such a thing. 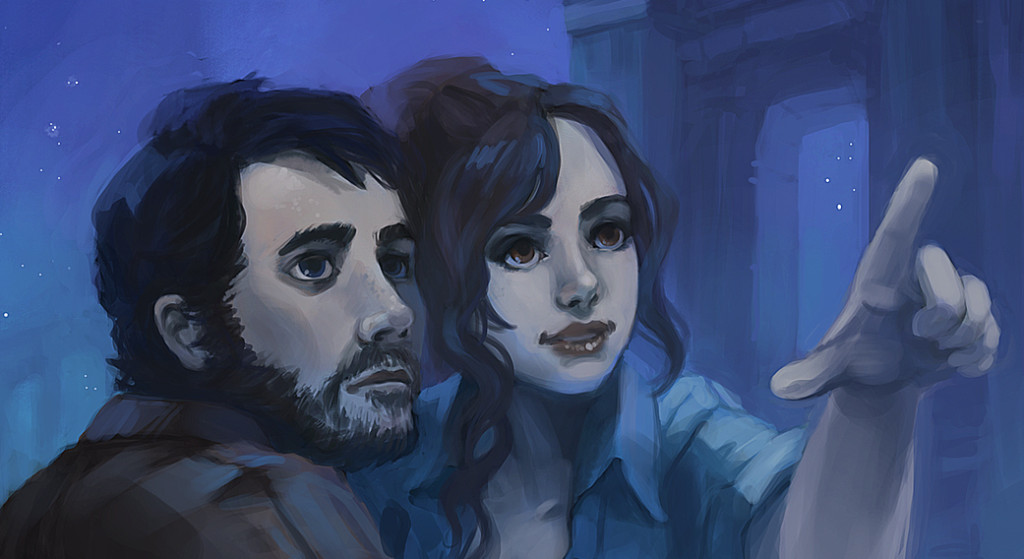 This piece is unique and special to me because they actually appear on the canvas how they look in my head omg. The end-of-vacation paint marathon continues. At this rate, I’ll get more painting done before February than I usually paint in a year – sweeeet.