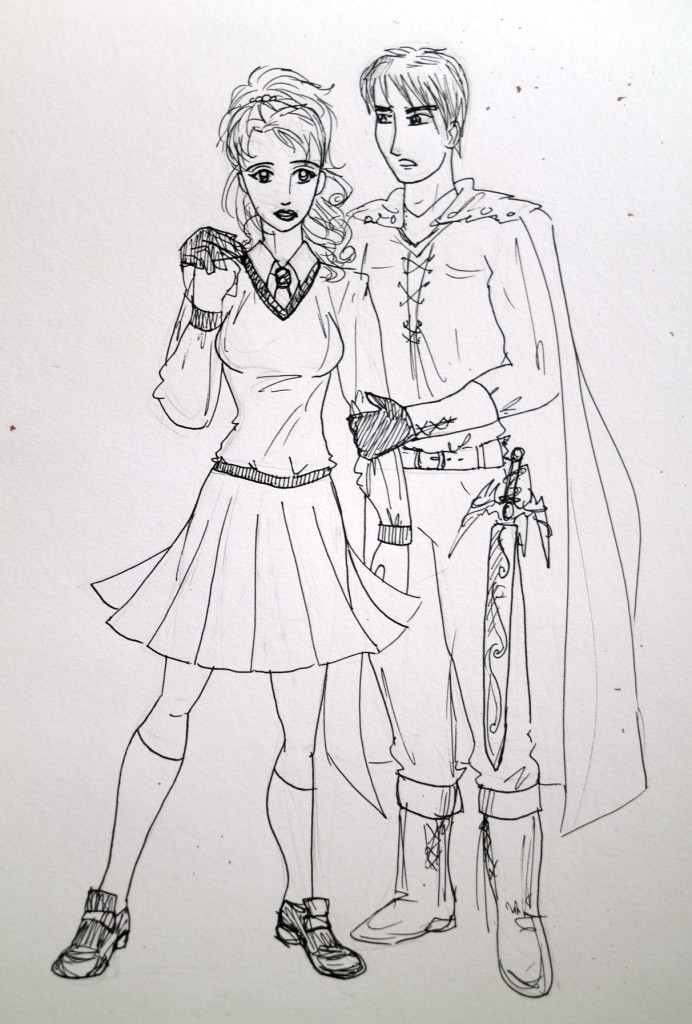 Ahh, 2003. You were a good year for wasting Micron pens and erasers in the grand college-induced effort to INK ALL THE THINGS.

What was with my instructors and inking? They had me (and most other students) convinced that a drawing wasn’t done until it was inked. Everything had to be inked. I wish they’d spent more time beating the importance of anatomy and reference into my thick skull instead! Haha.

Anyway, today’s Throwback Thursday is a familiar couple of characters to regular visitors to this blog/Tumblr/Twitter/DA or wherever you are reading this from. As usual for my older artworks, Airika really only had two looks: sexy or dumbstruck (this is an example of the latter) and Vince looks, well… pretty much the same as he does in every decent drawing of him. I always struggled to get his face looking halfway okay so I imagine my 2003 self was pretty satisfied with this one seeing as I still had it laying around in 2015 to photograph and share here. BUT WHAT HOLDS HIS SCABBARD ON?!

I still can’t decide if my continued fascination with these characters is evidence of my consistency and commitment to an idea… or just proof that my creativity well is pretty shallow. 😀

These old artworks always make me cringe and smile at the same time.